Mezz Talks Heads To Denver On May 23rd At Cultivated Synergy 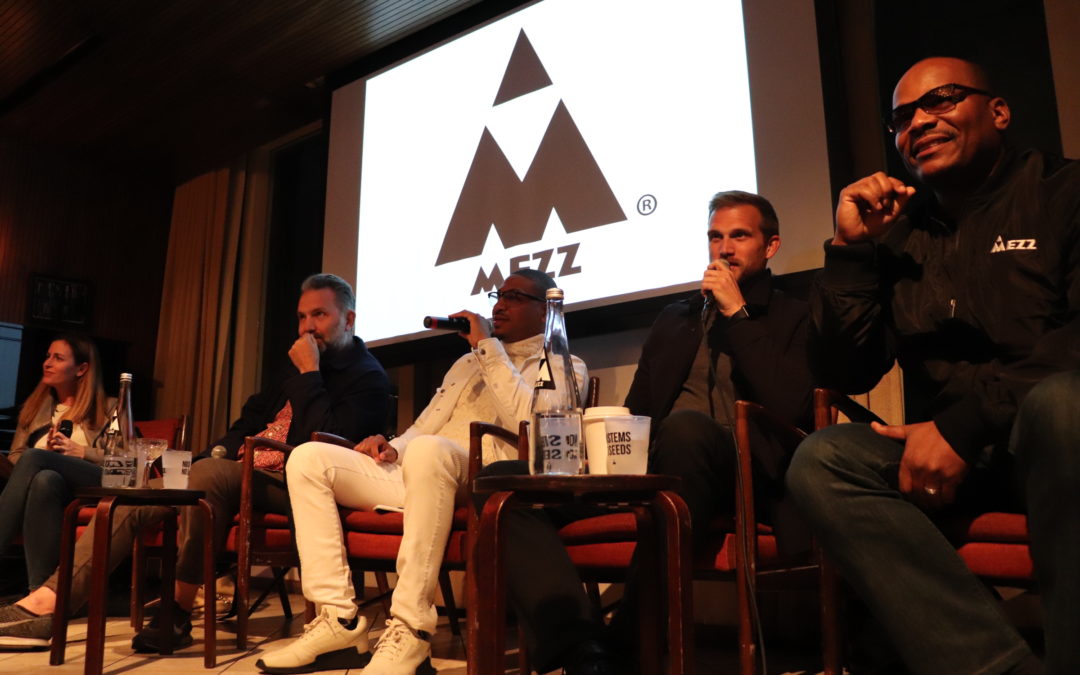 The next installment of Mezz Talks will be headed to Denver on May 23rd at Cultivated Synergy.

Mezz Talks is a monthly moderated series of conversations curated to stimulate civic and entrepreneurial discussions around the revolution of cannabis as it faces its greatest challenge yet — the end of prohibition. Topics of discussion will rotate, but the impact will be lasting. If you are part of the industry or looking to break into the world of cannabis, Mezz Talks is for you.

GA Invite (limited) – Purchase a MEZZ product at a local dispensary (find stores here) and send a photo of the receipt to info@mezzbrands.com or DM @mezzbrands for your chance to get on the list. Space is limited and list will be first come, first serve. You must be 21+ to participate. Check out the podcast from Mezz Talks Vol. 1. 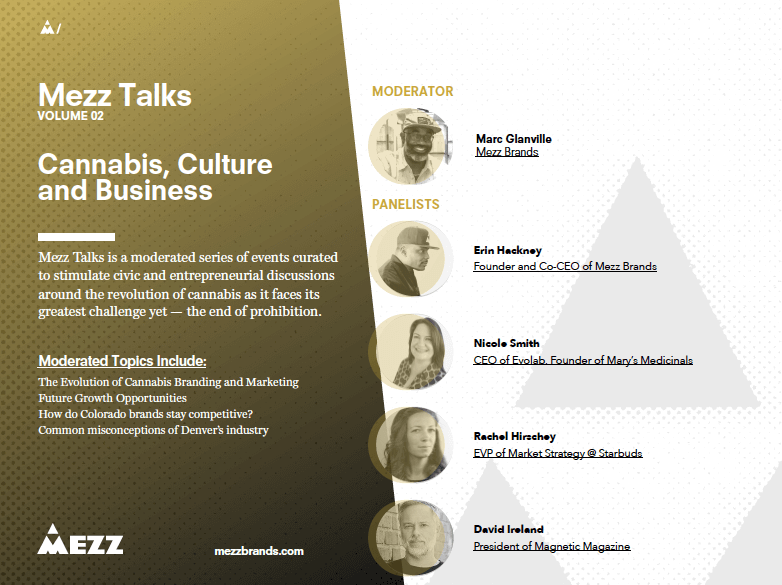 Erin Hackney, CoCEO of Mezz Brands – Hackney brings over 22 years of business development and strategy experience including five years working in the cannabis space. Erin is a current partner in Climb Hoidings LLC which owns and operates brands such as Mezz, Cintiva, and Good Day Remedies and was the co-founder of the Julian Marley JuJu Royal Cannabis Brand.

Nicole Smith, CEO of Evolab, Founder of Mary’s Medicinals –  Over her 20+ year career as an entrepreneur, Nicole Smith has created solutions for hundreds of companies across diverse industries, from start-ups to Fortune 500 enterprises. Her experience in research and development led to the discovery of transdermal applications for medical cannabis including patches, gels, and balms. She pioneered and was among first-to-market the useful benefits of cannabinoids CBG, THCA, CBC, and CBN, and continues to develop new cutting-edge ideas in isolating, manufacturing and marketing medicinal and recreational cannabis. She co-authored one of the first patents issued in the legal cannabis market in the US. After stepping away from Mary’s in 2016, she brought her experience with consumer preferences and product development expertise to CBx Sciences, to spearhead the company’s launch of new lines and introduction into new markets. As one of the most prominent women in the cannabis industry, Nicole has been featured in everything from New York Magazine to Fast Company to a segment on The Today Show. She has been honored with various industry awards and recognition including Denver Business Journal Outstanding Woman in Business.

Rachel Hirschey, EVP of Market Strategy for Starbuds – Rachel was born and raised in Boulder, CO where she began her career at the age of 19, launching her mother’s fine jewelry line; turning a dream into an award-winning business featured by the likes of the Wall Street Journal, Elle and Vogue. She spent the next seven years in the fine jewelry industry sharpening her marketing and business development skills. Following her stint in the fashion world Rachel moved on to music festival production working with festivals across the country from Moogfest in Durham, NC to FORM Arcosanti in Mayer, AZ. After returning to Colorado in 2016 she decided to pursue her lifelong passion and goal of marketing cannabis where she now works as the Marketing Director for Starbuds dispensaries.

David Ireland, Founder Magnetic Agency Group + Magnetic Magazine – David Ireland began his career in 1995 founding BPM Magazine and P•cket a local Southern California events guide for the electronic music scene. In August of 2000, BPM Magazine merged with djmixed.com LLC an online media company based in Los Angeles which later evolved into the Overamerica Media Group [OMG] in 2003. OMG later acquired two more print publications (Vapors, C-16) and created the Infiltrate Marketing Agency and HypeCircle a digital agency and online ad network which represented Hypebeast, Highsnobiety, and other top-tier culture sites. In 2007 the company had become a boutique powerhouse working across multiple verticals (hip-hop, electronic music, action sports and auto culture) with over $8 MM in billing and 24 full-time employees. In 2009 Ireland left Overamerica Media Group to serve as the VP of Marketing at Diesel where he launched the largest 360 advertising campaign in the brand’s US history with the BE STUPID initiative. In 2011 Ireland returned to his roots in media and cofounded the online electronic music magazine Magnetic Magazine and The Magnetic Agency Group growing the business into a multinational corporation with offices in Denver, New York, and Madrid.